1. Twist torso to show your back to the shore.

2. Reach forward! The blade should be beside the thigh of the paddler in front of you.

3. Keep inside hand high, at least as high as your forehead.

4. Prepare for “leg drive”, where you securely prop one or both feet against a bench or footrest.

My notes:
Timing, starts with the “Paddles Up” call. I remember the team being asked to do this repeatedly with our coach scrutinizing each blade level, reach, and lifting arm (inside hand) height. What works for our team is keeping the lifting arm at shoulder level and the rowing arm (outside arm) straight out forming the letter “A” with the boat.

I am very fortunate to have been part of the Manila Dragons. I’ve met wonderful people who taught me about patience, humility, hard work and friendship. Recognition, trophies and medals are a lot sweeter with a whole bunch of people cheering you on.

My wish on our team’s year-end celebration at the end of this month is learning to accept each other’s differences and nurture each other’s strength. I wish we learn to communicate with respect, honesty and love. I hope we do not find joy in another’s suffering. I wish we find calmness despite chaos. I wish for more laughter, good fun and lots of races.

It has been a very long time since I updated this blog. My schedule for paddling also struggled the moment I landed a position in one of the Philippines’ popular broadsheet that I HAD to resign and find a position that lets me do things I do care about.

I’m starting at my new work tomorrow. But not before I had a wee bit of fun with my team this summer at Pagsanjan and just this weekend at Boracay. 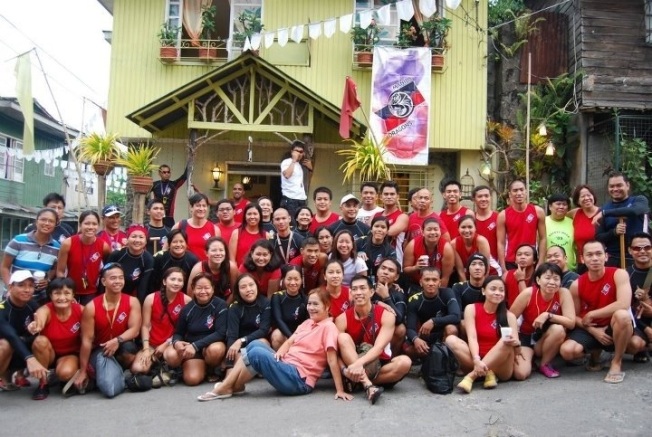 The Philippines has 7,107 islands. Most areas are equidistant to some sort of body of water. More so during monsoon season.

The sheer number of beaches, rivers, waterfalls here should be able to sustain and promote watersports in the country. Yet, there are more basketball courts than wakeboards, surfboards and paddles combined.

In my opinion, Swimming should be our national sport.

This isn’t mine. I borrowed it for inspiration.

“Anyone can give up. It’s the easiest thing to do. But to hold it together when everyone else would understand if you fell apart, that’s REAL strength.”

I started rowing a few months back. Mostly because I was bored at home and was craving for human companionship and partly, because I was working on losing weight I gained from too many free lunches.

I’m 30. Technically, unemployed except for the few writing and designing jobs I occasionally take. I was once a moneyed corporate stud in my high heels and mini skirts. Needless to say, I was also very unhappy with where I was and with what I had to do. I quit after 3 years of working in one of the coolest (I’m inclined to say cool, I helped in making them cool!) motorcycle manufacturers in the world.

I didn’t really have a solid plan when I resigned. I just felt the need to go or it would have broken me down and I would have ended in mental facility care. Yep. THAT bad. After maybe a month or two of lounging at home and finally being able to see my friends and family regularly, I decided to take a new sport.

Why dragonboat rowing? I thought it was something that I just HAD to try. The reason why I love automobiles, clocks and watches so much is because of the intrinsic details of the gear that gets it going. I came across a rowing team over on youtube and it made me think of human gears and it attracted and reeled me in. I only knew of one paddler from highschool and we were not particularly close, but we had a lot of common friends from way back. I contacted her through facebook on the same night I was watching the youtube video. Thankfully, she was nice enough to get me started.

Joining a dragonboat rowing team is fairly easy. The expected requirements were surprisingly low. Must I know how to swim? Not really, but it would be an advantage. What must I wear? Be dressed in shorts and shirt I don’t mind getting wet. When can I start? Be there at the Corregidor dock at 4am T-Th and 5am on weekends.

If there was one aspect I am now wealthy with, I have a LOT of time. Commitment to attend was not particularly hard.